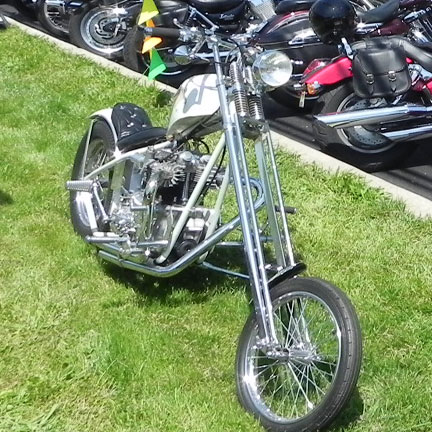 Lets start off with some background: Mom was the first woman to receive a bachelor of science degree in mechanical engineering from Drexel Institute of Technology. My Father Burke was also a Drexel graduate in mechanical engineering. This is where they met and married. So what does this have to do with my skills with craftsmanship, electronics and computers? EVERYTHING !!!

My Mom was part of the team that developed the first Univac Computer and continued her engineering career after having four children myself being the youngest. My Father was in charge of research and development at Leeds & Northrup.

Arguments at my home were not about the dishes or laundry but about physics and science.

At 9 I asked my Mom for a mini bike she gave me a Craftsman socket set and said when I could build one I could have one (I had one three days later). When I wanted to use a calculator for math home work she made me learn to use a slide rule first. When I needed help with algebra and geometry I ended up getting lessons on physics and trigonometry.

Before home computers we had a computer in our home. Mom had this as she was working on computer operating systems for automated machinery long before DOS was even an idea certainly before Bill Gates ever got his hands on it. Mom was always trying to get me more involved with the computer thing she created games and had me make them more interactive by helping with programming. But lets face it computers in the 70's where what Atari pong is compared to Play Station Boring ! and I was a teen.

"Lesson: Listen To Your Mother She May Know What She Is Talking About"

I have been involved with the automotive electronics in one form or another starting in 1981. I started my own company in 1992 C Jay's Custom Auto Accessories and did quite well with this till 1999 when some investments I made went bad.

I diversified and turned to the internet to supplement my accessories business and developed my own e-commerce web site this was going well till 9-11-2001 when nobody was buying accessories anymore.

As I struggled to find new avenues of revenue I came about the internet advertising business by accident. I listed a car for sale for one of my friends, I showed this ad to one of the car dealers I worked with and they liked it so much they hired me to do their ads and it took off.

Computer repair was just another facet of my electronics business and the web advertising took off but I did not want it to be my sole vocation.

I am currently General Manager and partner at Bikes Built Better since 2005 and a member of the Foil Hat Racing team.

I continue maintain websites for several local businesses and handle network needs for small and midsize companies in eastern PA and NJ.

So what does all this have to do with what I can do for you? Well my upbringing has left me with an attitude that nothing is impossible and an innovative approach can solve any problem.