How to manage attachment relationships for specific posts in WP 3.5+

In WordPress 3.5, media management has changed entirely. Also, relating attachments to specific posts is (I believe) basically only being done for backward compatibility. Therefore, after uploading attachments from within the media modal to a post of any post type, it establishes a relationship where the post ID is the parent of the attachment ID, like it's been for a long time.

However, once an attachment is uploaded to a post, there is no place to manage attachments that have a relationship to the post from within the media modal on the post.

After I upload the images, I can immediately select and insert them, but because the media gets dumped into the site-wide media section, I can no longer manage attachments to a specific post like in < 3.5 as seen here: 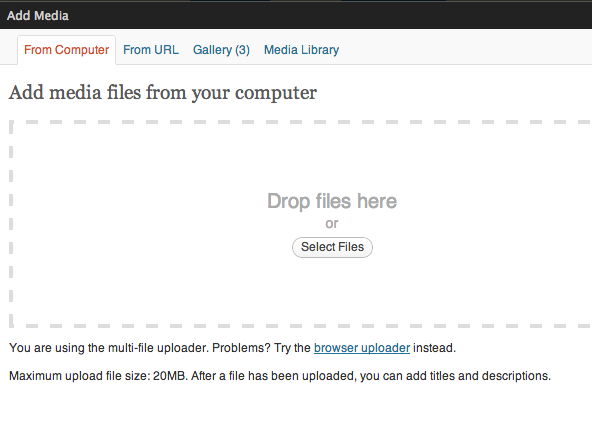 This creates the following issue:

Managing relationships of attachments to specific posts is impossible without completely deleting the media and re-uploading. That alone is not different from before. However, now that media is dumped into the same tab as all other media, and there's not a tab to manage media w/ a relationship to a specific post, it becomes incredibly difficult to even find the media attached to a specific post down the road.

Because you could attach media to a post, and then down the road, after many attachments have been uploaded to other posts, you want to go back to an old post (think a slider or product) and change out the attached media. Good luck finding your media, because the media tab in the new editor does not order all media first by those attachments with a relationship to the current post. Here's the example pic:

Not so bad here, because it's only one or two posts separated. But imagine going back months later. It's impossible to find the related attachments for that post.

There are many, many plugins, and custom page templates out there that utilize the relationship between a post and it's related attachments. So removing those relationships is going to be very, very hard in the future.

I assume the answer is to create another tab on the left for the media attached to a particular post. Or to make the orderby for the media tab start with attachments that are related to the current post. That's a short term fix.

Long term, other ways to relate media to a post need to be created by these plugin and theme developers. I assume there are available hooks to create new tabs, and to add meta data to the attachment and post to create the relationship.

Am I right in my concern? Ideas to fix?

I was part of the panic show. Happy to say that we can stop the panic, there is a way to view this by choosing "Uploaded to this post" option in dropdown in Media Library: 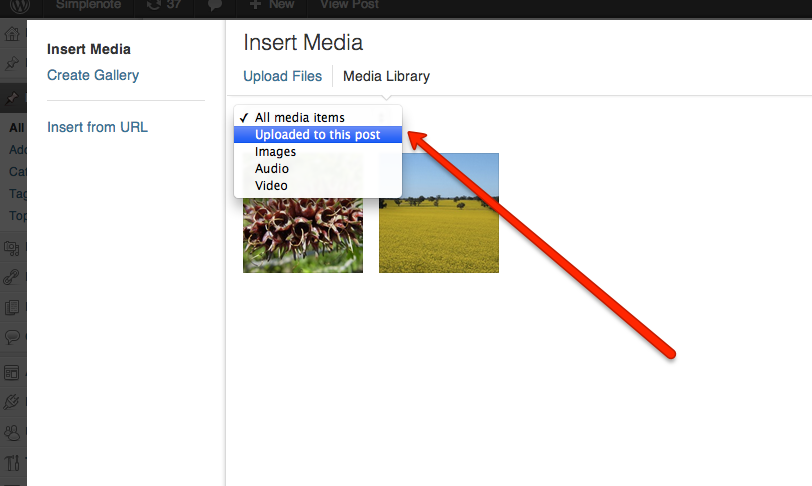 Not the answer you're looking for? Browse other questions tagged attachments media or ask your own question.

35
Change the default-view of Media Library in 3.5?

5
Expanding new Media Uploader in WordPress 3.5
11
How to use taxonomies on attachments with the new Media Library?
5
Remove duplicate attachments
0
How to retrieve images contained in a post
0
How to prevent people from seeing an attachment to a scheduled post that's released in future?
0
Conditional tag for attachment posts
0
controlling whether upload is attached to post or not
0
How to retrieve images attached to post through media library?
1
Media library quick/inline edit