I've installed the twenty eleven theme and created a child theme based on it. I copied the entire style.css from the parent theme with all the changes I want to the child theme's css and most of the css work but a handful cannot be overwritten.

I also tried adding !important but that doesn't work too.

In this first example, the background-color: #448fbf was applied to the child theme but it doesn't show up when I load my site. It still remains as the background color of the parent theme. The first screenshot is from my WP dashboard and the second one is from chrome's inspector. 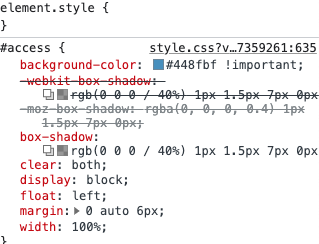 In the second example, the -webkit-appearance: none is not being applied to the child theme. 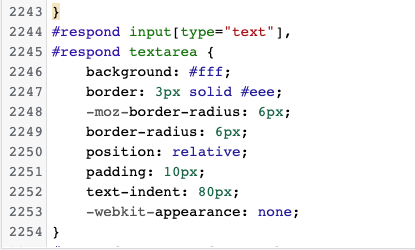 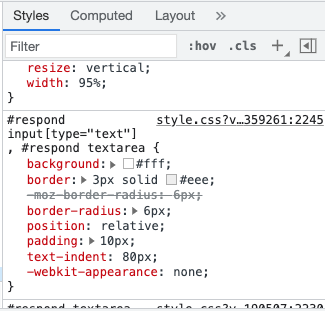 I'm wondering if it is the theme itself that is causing this problem. I've spent a fair amount of time working on this theme and really hope I don't need to look for another theme to start customizing from scratch again.

Help is much appreciated. Thanks in advance.

I realized that I didn't use the same label as what was indicated in the parent theme. E.g.: "background" instead of "background-color". After using the same label, the changes took place. Problem solved!

Not the answer you're looking for? Browse other questions tagged customization css or ask your own question.

1
Why won't child theme's style.css override plugin's css
0
some things in child theme css not overriding parent
11
Child themes CSS priority problems without using !important
0
How Can I Use A Child Theme Effectively When Parent's CSS Is Located in a 'CSS folder'?
2
How to get child style.css to load last rather than second behind parent style.css?
0
Wordpress Child theme fails to override parent theme css
0
Child theme CSS not applying to element
0
Override theme style rule in Gutenberg
0
How to sync the style in the visual editor with the style of a child theme?