The code worked earlier. But right now it's not working. We're using WordPress 5.3.2. We tried updating WordPress to 5.3.6, but no luck.

The main issue is: $oEmbed->discover() cannot detect any provider and returning false. :(

You can see the issue live at this link. (For some time, we're showing some of the debug information, if you need them)

So apparently the issue also happens in WordPress 5.6 (the latest release as of writing), and YouTube is probably at fault because the (oEmbed) <link> tags are in the body instead of the head (see screenshot below), and that in turn causes the issue because WP_oEmbed::discover() looks for the <link> tags in the head only. And secondly, YouTube uses http:// instead of https:// (secure protocol) in the <link> tags, so you would need to replace that http:// with https:// if your site uses https:// or is SSL-enabled. 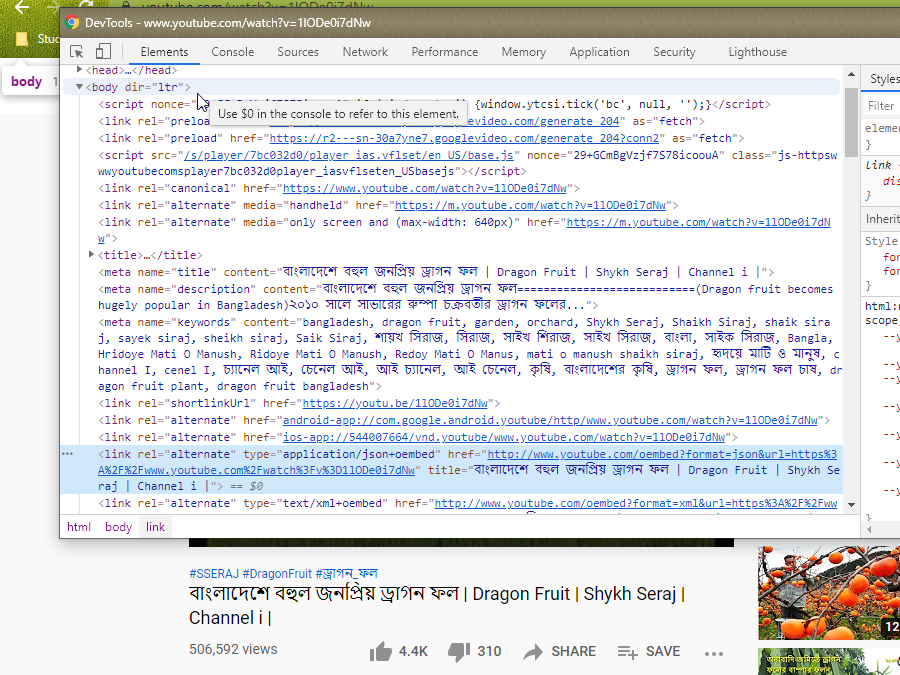 And maybe (YouTube is not at fault and) the WordPress core team should revise the function so that it tries to also search in the body? Or perhaps use a better way to find the tags like using DOMDocument ...?

But anyway, as mentioned by @Rup, you could alternatively use WP_oEmbed::get_provider() which will load the sanctioned/trusted oEmbed providers defined in the class constructor, and (as of writing) YouTube is actually the very first in the providers list.

Not the answer you're looking for? Browse other questions tagged oembed youtube or ask your own question.