How to include externally hosted images into a gallery block

WordPress has a really great native gallery function. The only downside I find is that it requires you to have the images on your domain.

We have a blog for fun, and a very cheap hosting plan. Which is limited in storage, now when we want to increase the storage it comes at a hefty price.

Google photo's will host our images for free, so I was planning on embedding the images directly from there. However the native Gallery offers no option to include images from an external source, as far as I can tell. I can include them using a single image block, or with tweaking the HTML ofcourse.

Is there a way to include externally hosted images in a gallery block, or an easy way to edit the HTML for such a gallery to work with external images?

You can used this plugin Photonic for your requirement

Photonic doesn’t just cover Google Photos – it allows you to add images from a range of services.

Like the previous plugin, you’ll need to create API keys and authenticate with your Gooogle account in order to use it.

Once you do, you are ready to add a gallery.

As with the previous plugin, the photos are not added to your Media Library.

If you are not using the Block Editor

If you are using the Block Editor

What you want to do is already baked into WordPress but just not frequently used.

In either the classic or the block editor, click to add an image.

Once you have the block upon, instead of uploading or pulling from existing images in your Media Library, click on Insert from URL.

Now just paste the URL from wherever the image is being served. Just double check and make sure that you can hotlink images from Google. 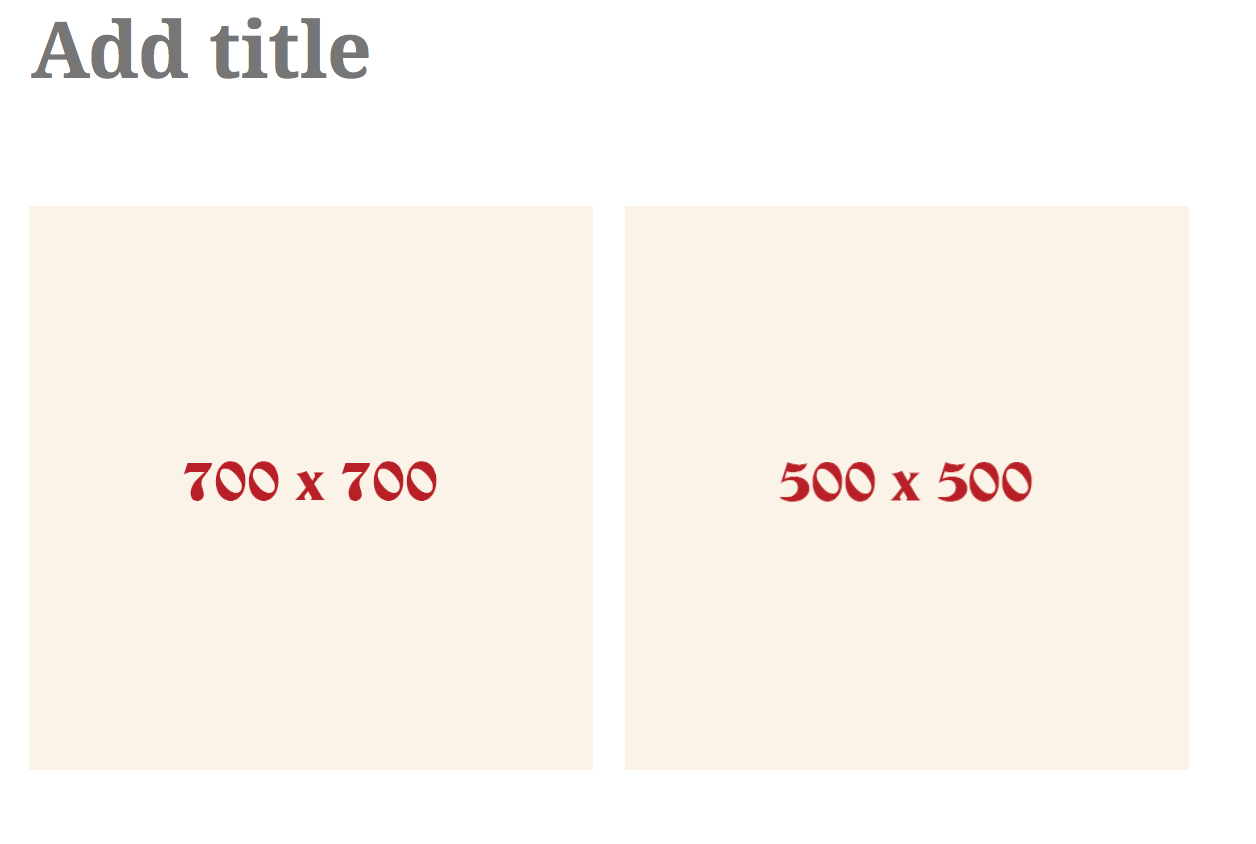 So I used the standard WP method to add images to the gallery. 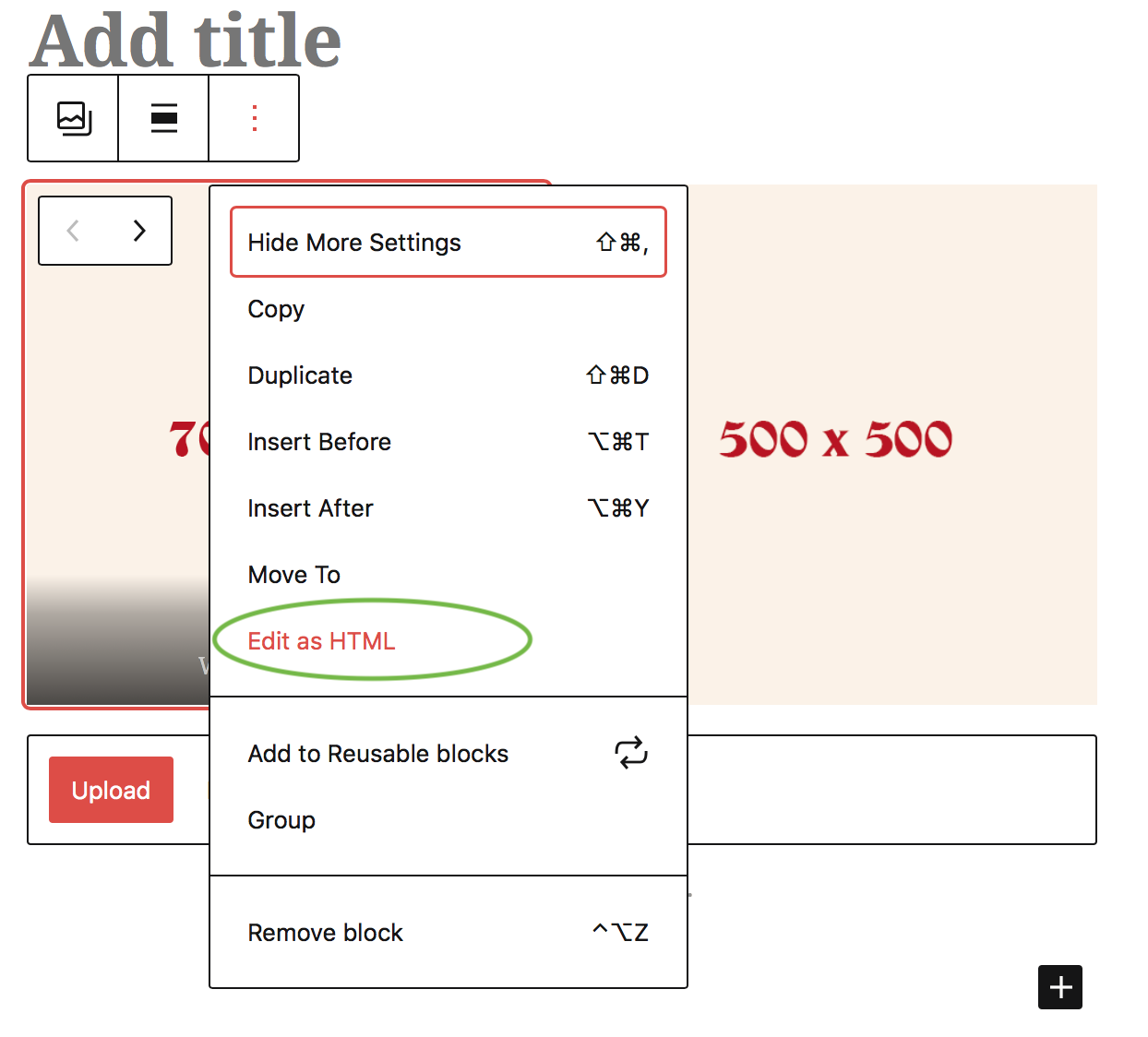 Next I click on the three vertical dots to "Show More" Block settings and choose Edit as HTML. 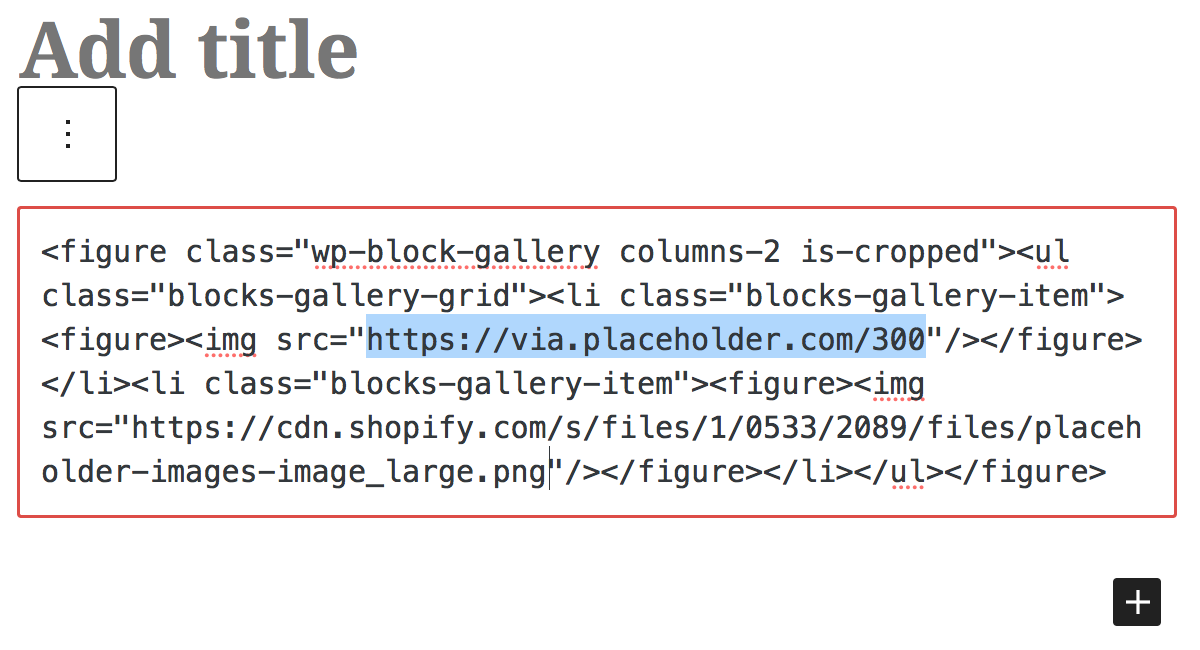 Once I see the HTML I do a few things, I clear out all of the extra stuff, like the class that specifies my placeholders attachment ID and anything else I feel I won't need. But really the most important thing here is that I changed the src attribute for the image by pasting the URL of the externally hosted image. I did this for both images.

Then I switch back to Visual Editing using the "Show More Settings". 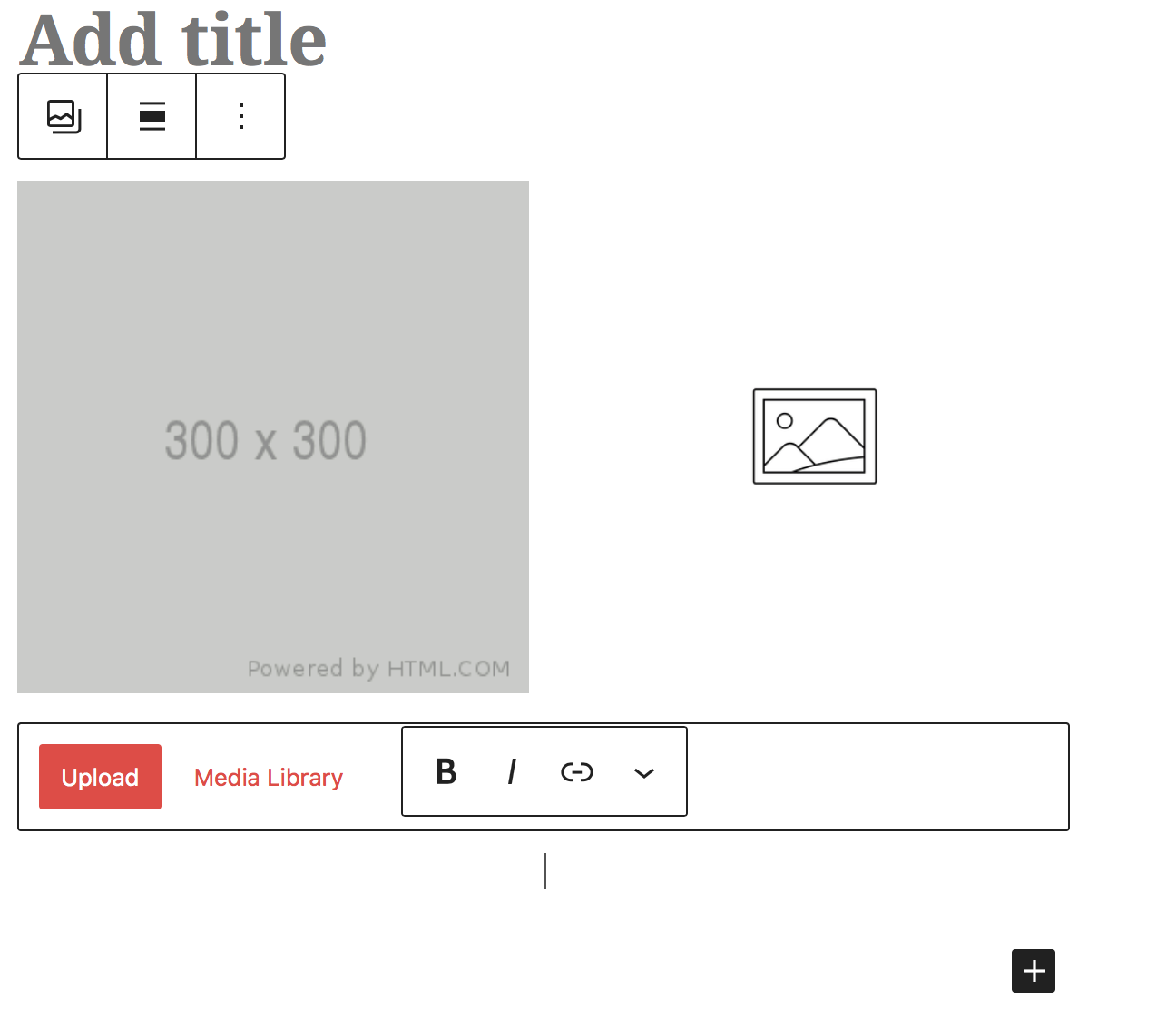 In the Visual editor you can see that both images are now visible. I then update/publish/save as draft and when I view the front end of the site... ...voila! 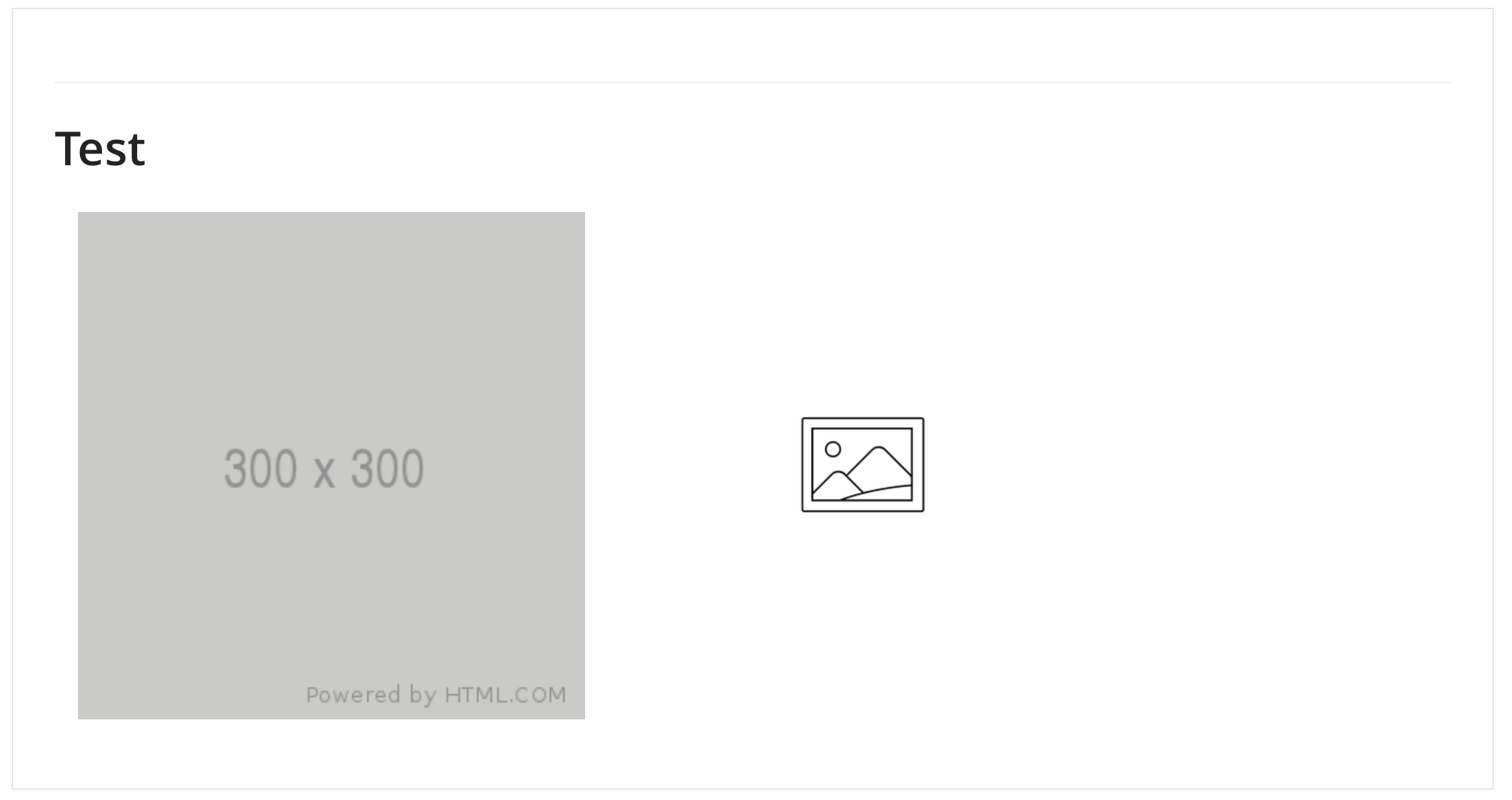 Not the answer you're looking for? Browse other questions tagged images block-editor gallery hosting or ask your own question.

1
Gallery post images on homepage?
16
How to extend the gallery block in Gutenberg?
0
How to link Gutenberg Gallery images To Media file automatically?
0
Convert multiple image blocks to gallery block in Gutenberg?
0
Change default values of Gallery Block settings
0
How Do I Prevent An Image From Automatically Adjusting In Guttenberg Block Gallery?
2
How to get Gutenberg Gallery Block to output thumbnail images?
0
How to get the Gallery form/section just like in Gutenberg block?