Last call to make your voice heard! Our 2022 Developer Survey closes in less than a week. Take survey.

I wanted to create widgets with repeatable fields for testimonials, time tables etc..

I recently stumbled up on this tutorial from codeable.io. I have some good experience with standard backbone.js as well. I completed the tutorial and implemented it.

Here is the widget code and corresponding backbone.js script.

However there is one problem that is making me sleepless since a week. Widget is working properly only after hitting the save button.

After some trail and error i figured out that the problem is with widget id (possibly), when the template is rendered,widget-testimonials_widget-__i__ is printed in the javascript template instead of actual widget id like widget-testimonials_widget-5. But after hitting the save button, functionality is working as expected with actual widget id. This is my problem. and here is the screenshot. 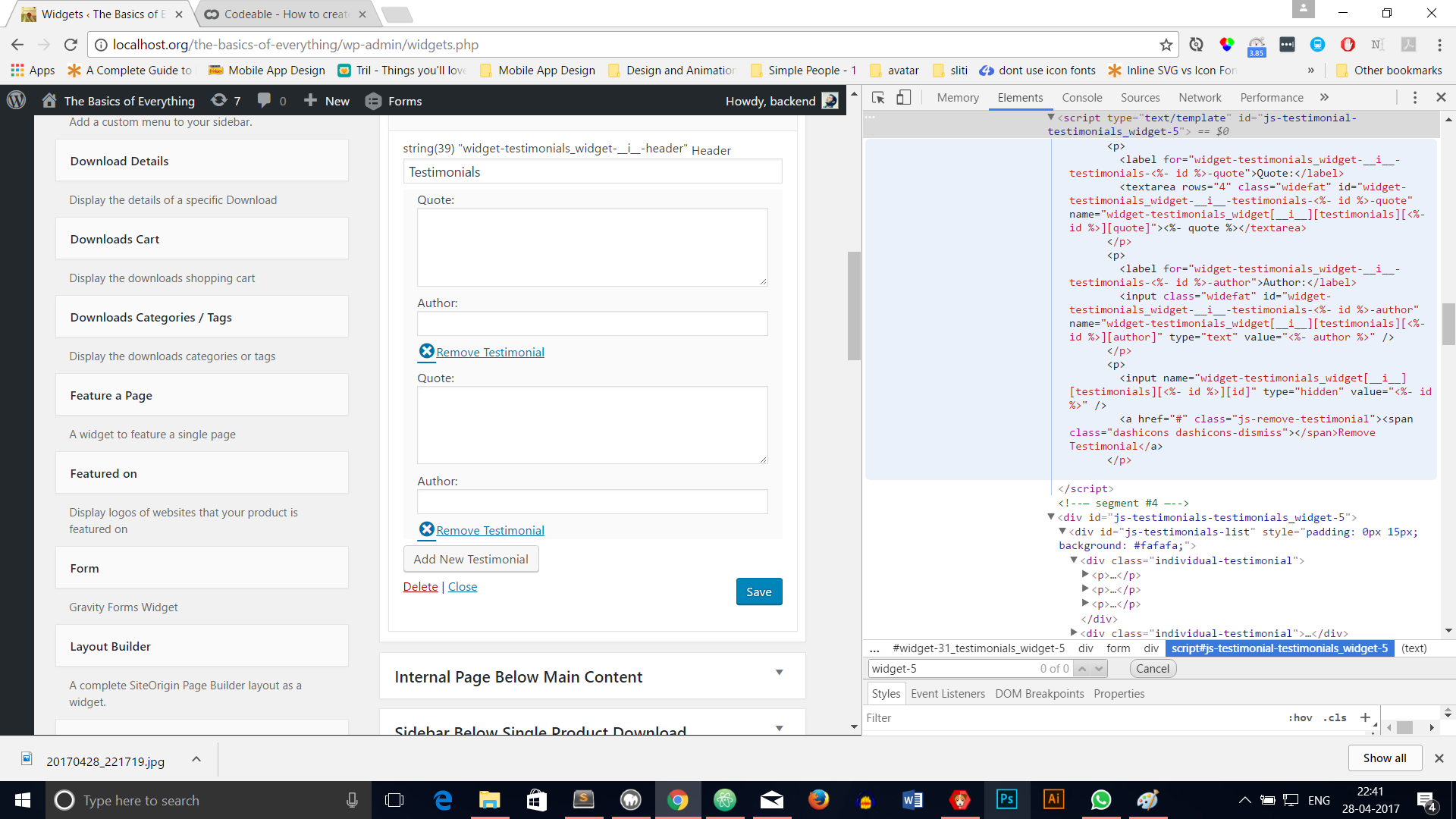 The functionality is working as expected in Proteus theme Cargo Press with out hitting the save button, although the code has several improvements like sanitization and code organization. This is screenshot of the proteus theme widget with widget id rendered properly immediately after adding widget to the sidebar. Here is the screenshot. 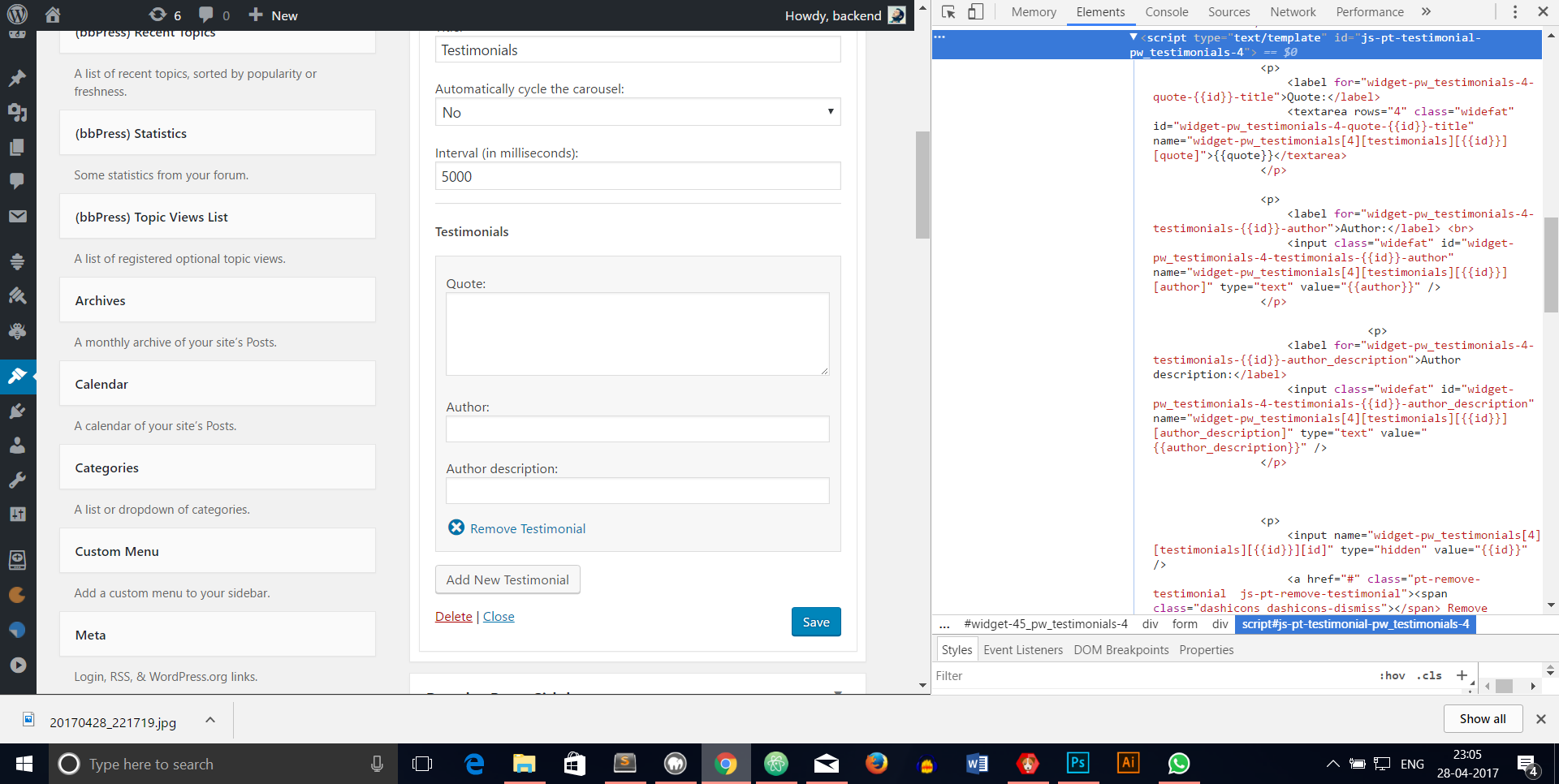 What should I do to render widget ID to a backbone.js / underscore template, immediately after adding the widget to a sidebar?

Not the answer you're looking for? Browse other questions tagged widgets javascript backbone underscore or ask your own question.

1
Why is the unrendered widget number `__i__` showing up in the JavaScript but not in the HTML?

0
How do I create a template page with a specific widget as the content?
1
Displaying a widget in sidebar only when no other widgets rendered?
1
Color Picker Showing Twice When Widget Added to Sidebar
0
widget that will do shortcodes that user inputs
1
Trigger Submit Event when Widget is added to Sidebar
5
How to refresh Theme Customizer after change color inside wpColorPicker?
0
script not working anymore after saving widget settings