I am trying to configure Jetpack comments as following:

Even better, how could I add a character counter somewhere near the form (*like an html span element, with id="count"), as in the example below, and provide a visual cue of what character limit is allowed? Then I would not have to throw the error message after preprocessing the comment. Maybe I could just disable the submit button, until the user is in limits again. (or is this a bad idea for usability?) 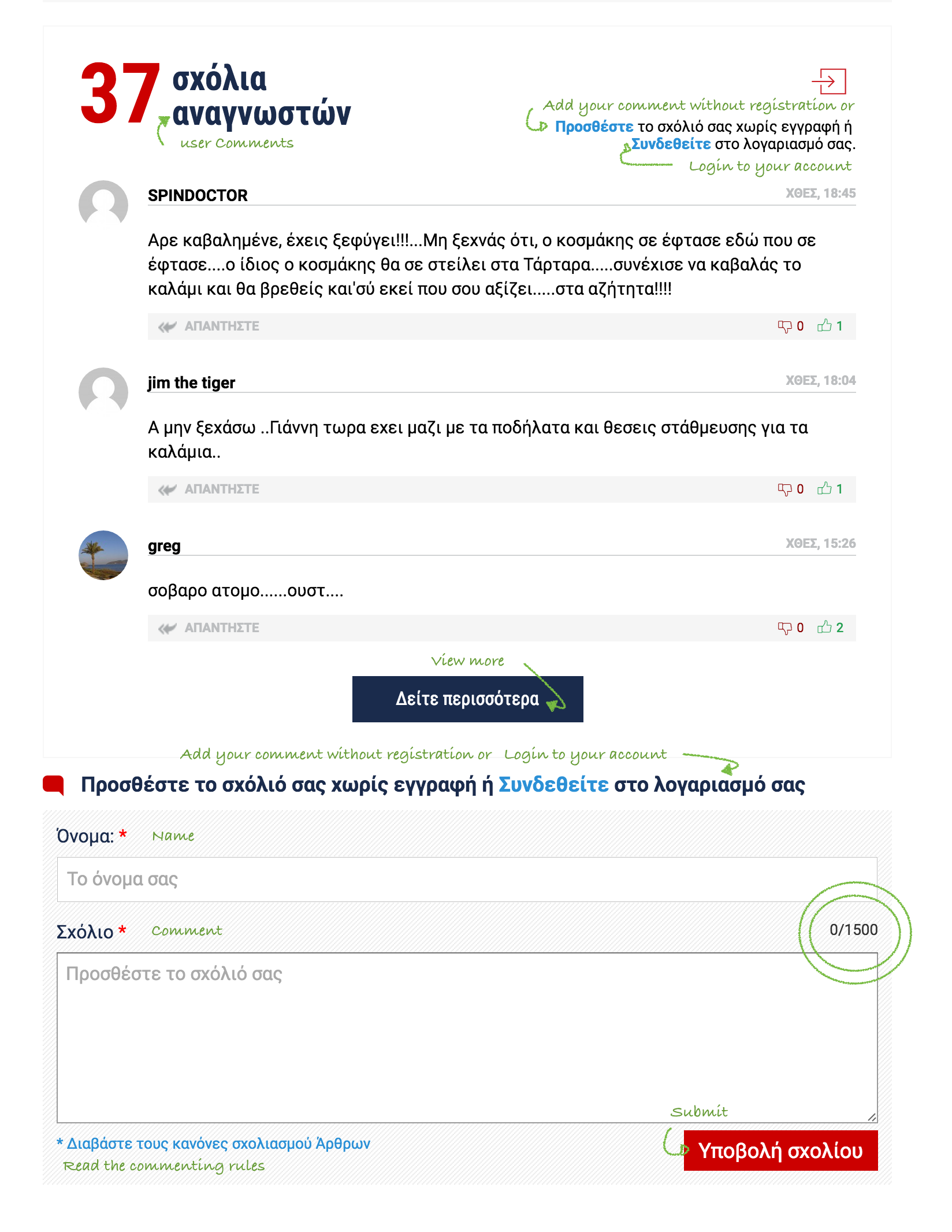 Τhe picture is from the greek newsportal website www.newsbeast.gr - the solution they have is probably custom, but I'm trying to recreate it to the best of my abilities. I have translated everything to help you get the point of the picture :)

The reason I am using jetpack comments is because it allows the users relatively easy, anonymous commenting and social commenting at the same time. I also use a third party plugin just for the thumb voting. I have researched tons of plugins, paid and free for the combination of these functionalities with no luck.

I have found some javascript code for the character counting part, I just don't know where to put the span. The code I found is:

Browse other questions tagged comments plugin-jetpack limit characters or ask your own question.

0
Empty comments field or <15 characters
1
Divide Post content into separate divs for every 500 characters (or any other character counts)
0
How can I change the label “Comments” to “Review” everywhere in the WP installation without translation
1
limit characters when posting from form
4
How to allow the reply link to remain on the comment form after I have reached my 10 nested comment limit?
0
How to limit specific user ID to 5 comments per post?
0
Upload avatar for post comment