I'm trying to use update_user_meta() to create a trace of activity by placing calls in the code like:

Then I go into phpMyAdmin and look at the metadata for user 1 and see all the debug points that were posted: 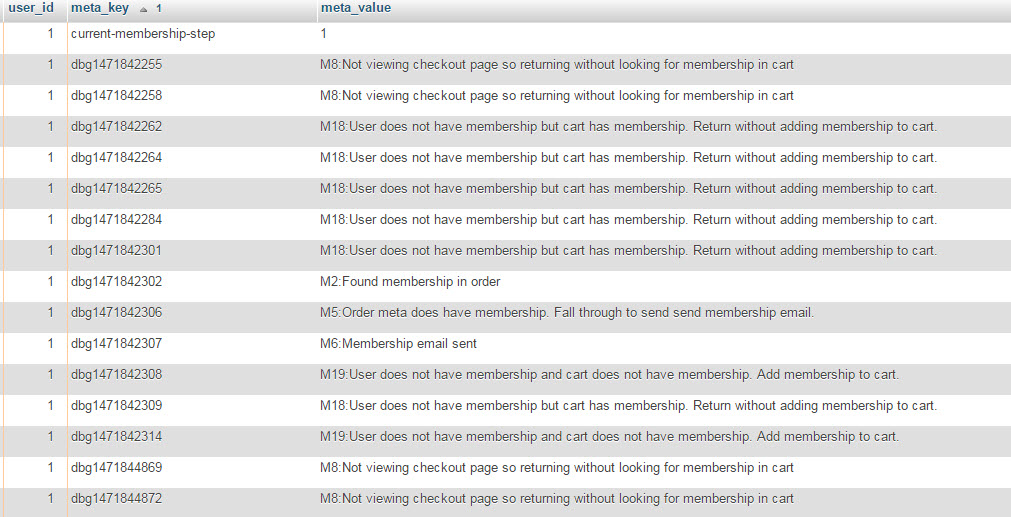 This works pretty well. But I notice that if I place two trace calls in the code, one immediately after the other, like the two update_user_meta lines below, only the second one gets posted to the database:

Why is this? It's annoying with this little trace system, but it seems like it could be a much bigger problem for WordPress. What if someone is actually writing two pieces of metadata to the wp_usermeta table, one immediately after the other. Will the first fail, with no warning? Does anyone understand what's going on here?

Browse other questions tagged plugins user-meta or ask your own question.