Can a Child Category Have More than One Parent?

I'm looking at the get_categories() function in the WordPress codex to see how I can return all of the children of each "root parent" ( categories that have no parents ). For example, if I am interested in the children for multiple "root parents", I'd like to know if there will be more than one instance of the same child under a different "root parent".

So, this leads me to ask:

Can child categories in WordPress have multiple, different parents?

The same is true of posts. A post can have only 1 parent, but many children. To get around that you would use taxonomies.

A sidenote on wp_term_taxonomy, and Hard Proof

Here is the database schema: 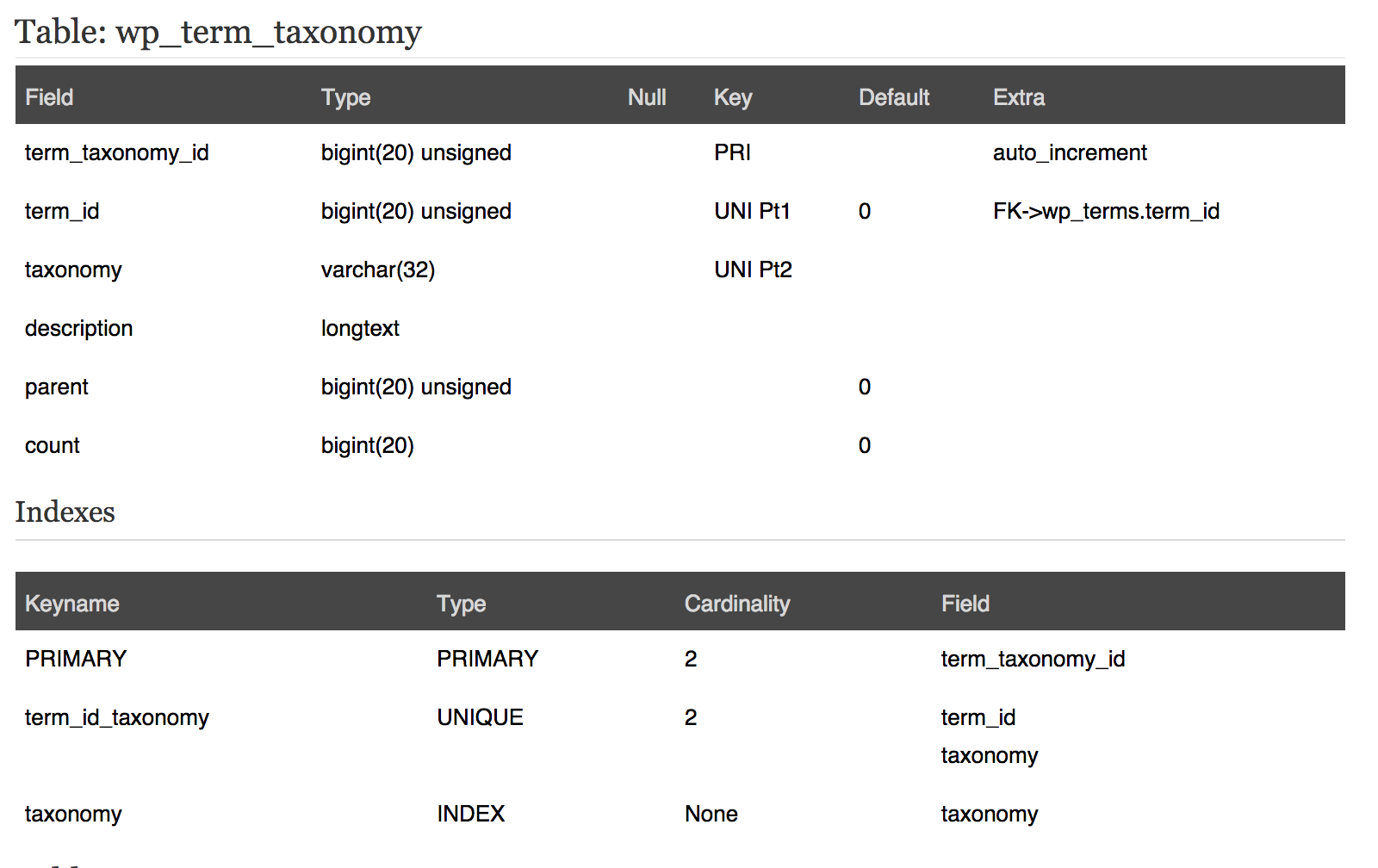 As you can see if the same term and taxonomy were referred to multiple times, but with a different parent, perhaps a term can have multiple parents?

No, the term_id and taxonomy_id are both unique, such a thing would not be possible to create in that table without changing its schema. To demonstrate this, I opened up sequel pro.

Here we have a term in my local copy of my blog:

It has a parent of 4, lets attempt to give it a second parent of 5:

When ran this query gives the following error:

So no, a term cannot have more than one parent. But even if it could, there would be no mechanism in the APIs to find out short of raw SQL statements, so such a term would be useless and unusable in the frontend and backend UIs

You will be able to add meta fields to your taxonomies (categories, tags, custom tax).

Not the answer you're looking for? Browse other questions tagged categories taxonomy or ask your own question.

0
How to add categories on a page