how to find and correct plugin query performance issues

I have recently uploaded a new site I've been working on for a while - which is working and performing very well on the localhost - there is no notable sluggishness to the load-times.

Once uploaded to the server ( dreamhost dreampress WordPress optimized VPS ) - the site is so slow as to be almost unusable - what should I test, how and with what tools?

While my question may be very specific - I'd like to know about a good general routine for debugging and fixing this type of environmental difference - and include the following data to show people what I've looked into so far.

The number of requests and cached hits to the database is roughly equal between the local and live site - but the main problem seems to be a very long "waiting" cycle on page loads - between 10 - 20 seconds - but how can I find out what is happening in that time - what is the site waiting for?

Here is a pie chart from the godaddy P3 plugin for the localhost plugin resource usage and load time impact: 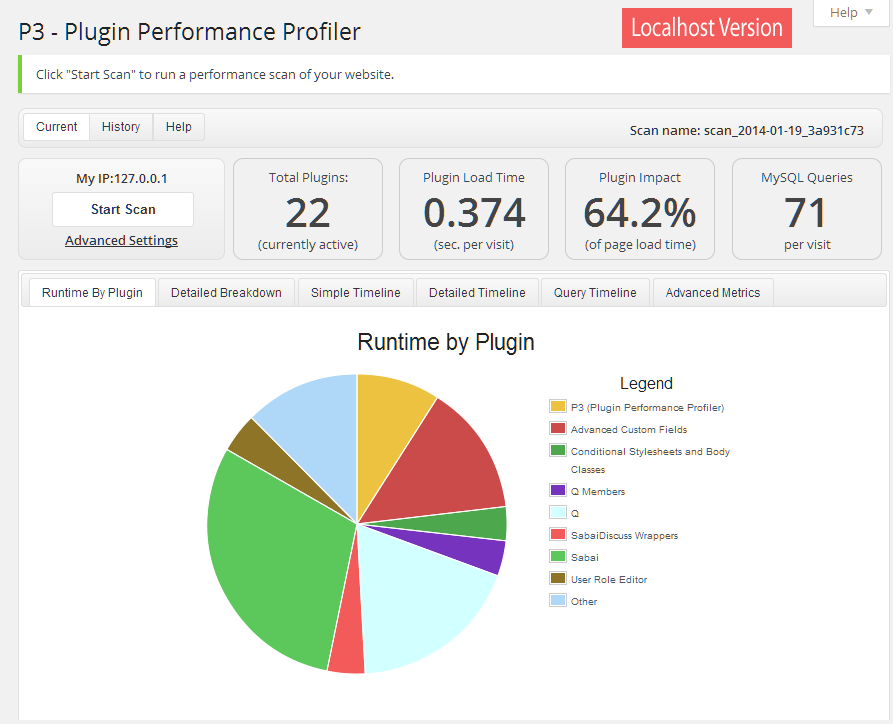 However, once uploaded ( to dreampress WordPress optimized VPS server ) the site is so sluggish and unresponsive, it's almost unusable - here is the same data from the live site: 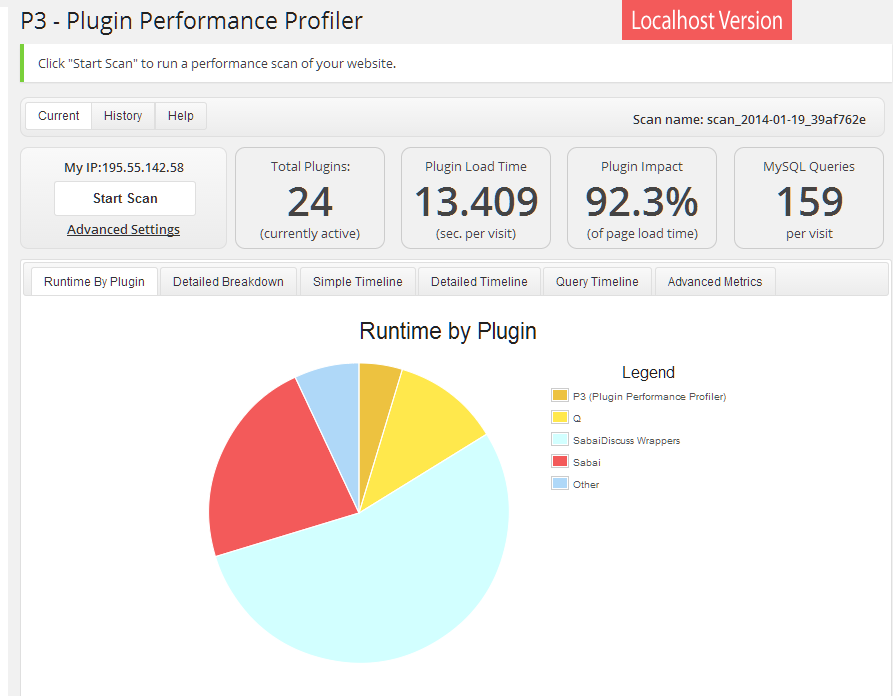 There are two additional plugin running on the live site - MinQueue to cache and minify scripts / sources and another debugging plugin.

Debug Bar gives me these two sets of data:

Which seems to show the same number of queries are being run, but taking 1000 times longer to complete.

There's an amazing plugin (as usual) called Query Monitor that will give you an amazing set of stats about all the queries run on a page load.

You can see how many queries are made, by which components, how long they take - pretty much everything. I wouldn't necessarily run this on a live site very much, depending on your traffic & users. Be sure to read the instructions to be sure it doesn't output to the public.